FREE SHIPPING on orders $99+ delivered within the US - see details 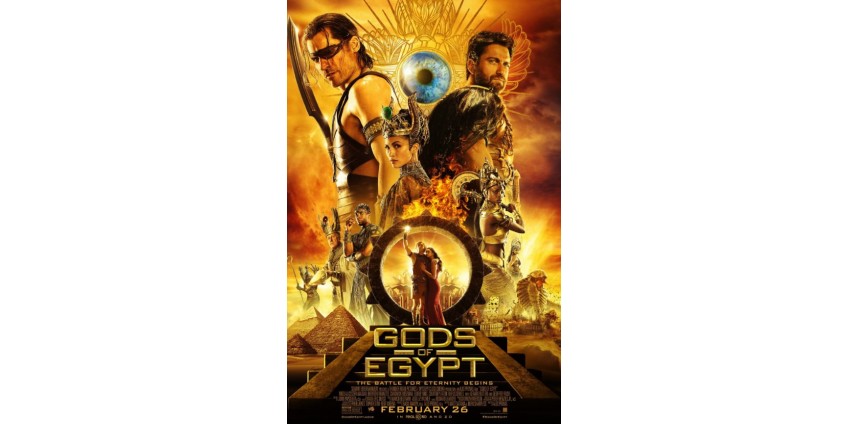 I finally got around to watching Gods of Egypt on pay per view and it is not as horrible as some reviews I had seen said, though not as good as I had hoped.

There was a lot of controversy when the film was announced with the casting of fair skinned, blonde haired actors that are obviously not historically accurate. But then it is a fantasy movie in the vein of Clash of the Titans, so that really didn't bother me that much and the cast do a fair job of acting. I was actually glad to see Egyptian Gods get a little attention instead of the Greek and Romans so often seen in fantasy movies.

Looking at it as a lover of Ancient Egyptian myth and legends, Gods of Egypt really needed a better writer. The basic premise of Horus seeking revenge on his Uncle Set after Set murders Osiris, Horus' father, is taken from the myths, but the movie takes a lot of liberties and it is fantasy more than any thing else. The writers made the Gods nearly twice the size of the humans they rule and with gold as blood (myths said silver was the bones of the Gods as it was much rarer than gold in Egypt). They are able to tranform at will into armored versions of their animal headed forms with Horus sprouting golden wings and a beak, but these forms come off as more Stargate style armor or Transformers - complete with metallic clicks and whirrs - than transmutations (see photo right).

Written by Burk Sharpless and Matt Sazama, who also wrote Dracula: Untold, Power Rangers, and The Last Witch Hunter, none of which I've seen, my biggest complaint is the script which is really disjointed - at least watching on Pay Per View I could rewind and watch it again to figure out a few things that are poorly explained. Some of the characters are barely introduced - many of the Gods are not even named. Even Isis, Queen of the Gods, has a very bit part in the beginning and is not seen again - even a brief mention of her beng away searching for the parts of Osiris Set separated would have tied in the myths more tightly. Horus does allude to Osiris' dismemberment at one point claiming his mother took her own life, though this is not the original myth and their is no reference to Osiris being Lord of the Underworld.

The other myth central to the movie is that of Ra, the Sun God and Horus' grandfather, sailing a solar boat (which they call the Source of Creation) thru the heavens and defeating the darkness of the serpent Apophis every night thus holding back chaos and keeping order in the mortal world. Unfortunately, when Set threatens to let Apophis swallow the world throwing it into chaos and destruction, it doesn't ring as a true threat - just yet another reason for Horus to fight him.

Other legends are hinted at so vaguely to make them unrecognizable while some Gods are just charactures. Hathor is a complex Goddess in most of the movie depicted only as the oversexed Goddess of Love than can somehow make creatures do what she commands of them not given the full depth of character she could have had. In fact, all the characters - mortal and God - come off as barely realized cartoon versions of characters when they could have had a lot fuller development.

Visually, Gods of Egypt is beautiful, though more fantasy design of Egypt that historical. All in all, it comes across as a mix of Stargate and Clash of the Titans, not always successfully blended. While not bad as a escapist fantasy movie, don't dig too deep or hope for a meaningful look at Ancient Egypt. 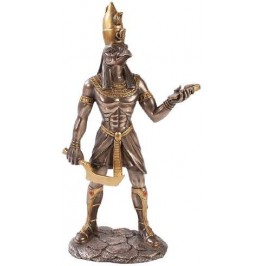 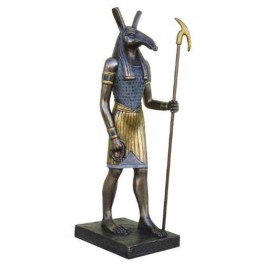 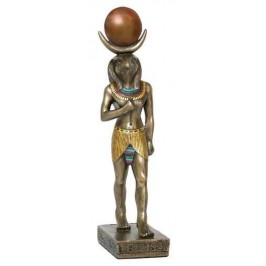 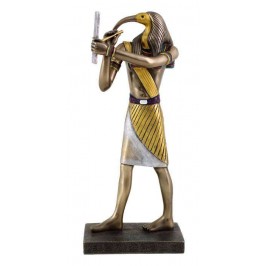 We are sorry this item is currently out of stock. Add your name and email below to get a notification when it is available again.