Legend of Horus the Elder 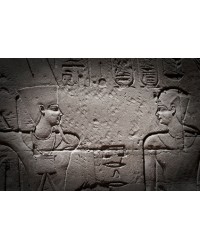 ... He is Horus who arose as king of Upper and Lower Egypt, who united the Two Lands in the Nome of the Wall, the place in which the Two Lands were united. From the Shabaka Stone, British MuseumThis most ancient of deities is most definitely not to be confused with Horus (Hor-sa-Isis or Haroeris), child of Isis and Osiris. In his earliest incarnation, Horus was a sky god whose name was "Hor," meaning either "face" or "distant," but he later evolved into a solar deity during the in.. 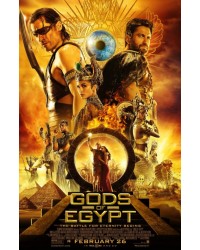 I finally got around to watching Gods of Egypt on pay per view and it is not as horrible as some reviews I had seen said, though not as good as I had hoped. There was a lot of controversy when the film was announced with the casting of fair skinned, blonde haired actors that are obviously not historically accurate. But then it is a fantasy movie in the vein of Clash of the Titans, so that really didn't bother me that much and the cast do a fair job of acting. I was actually glad to see Egypti.. 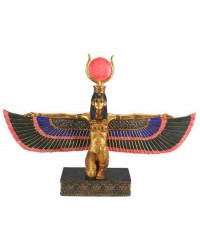 Isis is perhaps the best known and most beloved of the Ancient Egyptian Gods. She is the sister-wife of Osiris, mother of Horus, and some believe adopted as the Virgin Mary in Christian myths.  Known as Aset, Auset or Eset in Ancient Egypt, she was the great mother Goddess and the Goddess of 10,000 names with many roles assigned to her. Her cult expanded worldwide into the British Isles and beyond. There are too many myths and legends about Isis to include them all here, but for those lo.. 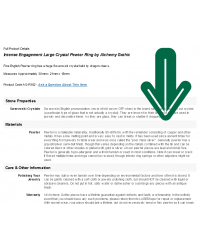 Do you want to know more about a product I sell? Just scroll down! I am in the process of refining the product pages to give you all the vital information right up top - name of the item, brief description, price, key elements of it, options it might come in, photos of it, etc. But then there is yet more to discover about the item just by scrolling down further! As you scroll, you will reveal details including a more detailed description, size chart, properties of the materials used in the..

On of our favorite manufacturers, Ancient Treasures, is in the process of changing their US distributor and all inventory is currently in transit to their new warehouse while other pieces are in the process of being restocked - including items that have been out of stock for a long time! This came unexpectedly as of June 21 and affects their museum quality Egyptian replicas as well as some of the Celtic and other lines we feature at MysticConvergence.com. Unfortunately, this means there are s..

Welcome to my New Egyptian Blog!

I am finally getting around to doing a blog for Egyptian Marketplace! A newsletter is planned too, but one thing at a time, right? This blog will be mostly about Ancient Egypt, the Egyptian Gods, myths and legends with a little archeology and magic thrown in for good measure. For this first post, I thought I'd give you a bit of a background about me and the store so you know who this crazy lady is you are reading :) My name is Lori Anne Brown and I the owner, tech, and everything fo..

This Product is Out of Stock

Please Fill the Form below and we will notify you When product is available in Stock.